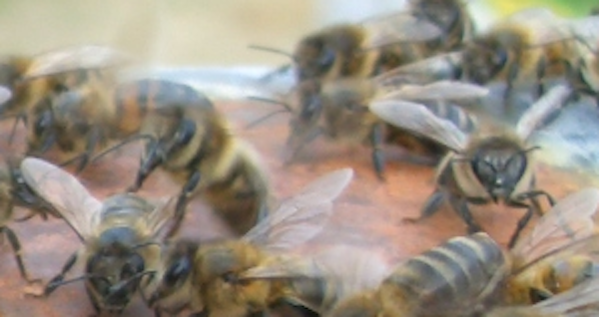 CHŒUR D’ABEILLES (CHORUS OF BEES) offers a musical composition in response to non-musician bees proposals. Via DSP (digital sound processing), my musical research takes its development from sound forms of « the living »; human forms of silence (in the field of Perceptive).

This musical artwork, ephemeral by nature, elaborates with Pure data through the development of a musical form, consequent on a non-instrumental gesture articulated with its acoustics signals converted and filtered in real-time. After Rock-art2noise, CHORUS OF BEES signs the second opus experimented within this context. 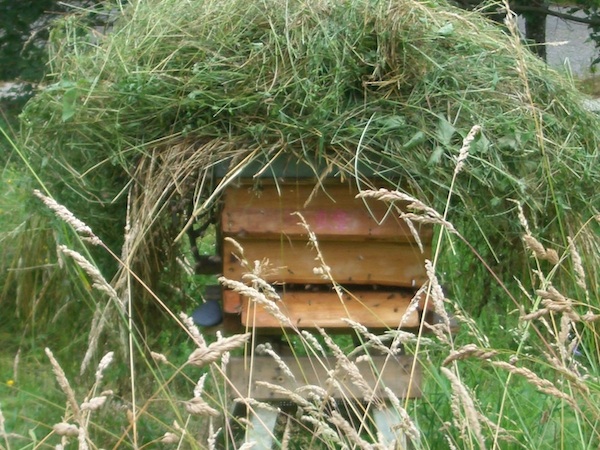 I have lived in companion of honeybees from more than fifteen years although never as a beekeeper. My sensitive proposal is “just” listening to them! And more specifically, to listen and to articulate their living space to a musical space.

Inside the hive, the forty thousand bees don’t fly. They officiate their lives in a constant stream of sound, more dense than the usual « bzzz » that we know them for. A rumor somehow, a conglomerate of primary sounds, disordered, issued in the assumed ignorance of any musical pleasure and paradoxically, surprisingly seductive to our ear. It’s to this serene rumour, organized, sensitive, close to the range of the human voice, that I intend to create a musical chorus of bees.